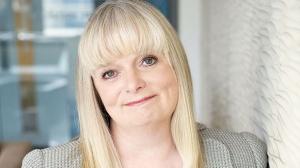 Janice Hadlow has stepped down as controller of UK channels BBC Two and BBC Four.

Having run two of the public broadcaster’s channels, Hadlow will move into a newly created role as controller, special projects and seasons.

The BBC said that in that position Hadlow will develop “robust” returning formats for early evening television, ranging across a variety of genres, with a particular focus on factual and drama for BBC One, Two and Four.

Future projects include a range of programmes on popular music, a season focussing on women’s history and a collaboration between drama and factual genres to create a literary season in 2016, the pubcaster said.

The position will see her “develop and originate high impact cross-platform series, seasons and other major television events”. The BBC added that she will advise BBC director of television Danny Cohen on broadcast strategy.

He said: “Janice truly understands how to make the popular good and the good popular. Her intellectual and creative skills are formidable and I am very glad indeed that she has decided to stay with us in BBC Television in a new senior role.”

Hadlow said: “It has been an amazing privilege for me to run a channel that I have loved ever since I was old enough to appreciate great programmes. There’s nothing quite like BBC Two anywhere else in television, and, as it approaches its fiftieth birthday, I’m incredibly proud to have played a part in its distinguished, stimulating and always surprising history.”