Vodafone rules out UK quad-play, plays down need for content 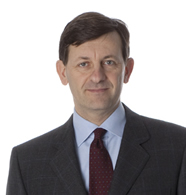 Vodafone CEO Vittorio Colao has said he sees no strong need to invest in content and has played down expectations that the company might launch a fixed-line offering in the UK.

“You don’t need to own content but need to facilitate and make it easily testable by subscribers. The issue is just to distribute it in a better and easier way and we are seeing nice pice up of that,” said Colao.

Referring to the UK market, Calao said he did not see the need for a quad-play offering in the near term.

“In the UK there is not a huge or super strong converged market but [our position] it could be different in six or 12 months,” he said.

Colao said Vodafone said he would “probably” rule out organic fibre rollout in the UK. “The UK is expensive, more so than Madrid or Lisbon or Oporto,” he said. “The business case is more difficult.”

Referring to the integration of Vodafone’s mobile and cable assets in Germany, chief technology officer Steve Pusey said that “cable assets offer nice depth of fibre and there is great synergy” with Vodafone’s existing network. Fibre will also be extended to Vodafone’s base stations.

Colao said that Vodafone’s fixed line strategy was open to all possible agreements in different markets, depending on the presence or non-presence of cable companies and the strategy of incumbents.

Vodafone saw signfiicant service revenue declines in the UK and Europe, while seeing growth in emerging markets including India. Group revenue fell by 4.8% to £9.86 billion for the year, with UK sales falling 5.1% on an organic basis.

Colao said Vodafone would pass three million homes with its fixed line rollout by September each in Italy and Spain.