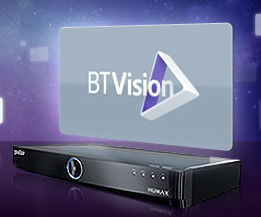 BT has launched an electronic sell-through service, allowing YouView users the option to buy digital copies of movies. The telco has signed deals with 20th Century Fox Home Entertainment and Sony Pictures Home Entertainment to provide the latest blockbusters from both studios, along with a selection of modern and library titles.

The move makes BT the first UK pay TV operator to offer such a service. Titles available to buy in digital HD and SD via BT’s YouView platform include The Wolverine, DreamWorks Animation’s Turbo – from February 17 – and The Croods from Fox; Elysium, Captain Phillips – from February 10 – and The Smurfs 2 from Sony Pictures Home Entertainment.

Other titles including The Social Network, Alien franchise, Black Swan and Jerry Maguire are also available. Library title are priced from £8.99 (€10.80) for HD versions and £5.99 for SD.

Movies bought from BT are streamed instantly to the customer’s YouView set-top box and they can keep them indefinitely and watch them as many times as they like. BT intends to expand the service to include TV box sets over the coming months.

“The new service gives you even more choice. You can buy the latest blockbusters and they’re yours to keep forever. And you can watch them as many times as you like.”