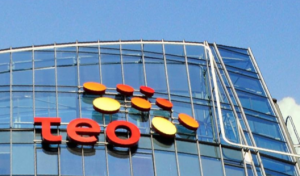 Lithuanian service provider Teo’s base of IPTV subscribers grew by 12.2% last year to 172,300, according to the company.

The overall number of pay TV subscribers in Lithuania grew by 4% in the same period to 728,250, according to the company.

Teo reported that its broadband subscribers also grew rapidly in the course of 2013, ending the year with 431,000 subs, up 11.7%, with growth in fibre and wireless access compensating a loss in ADSL subs.