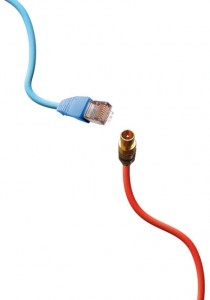 The global base of pay TV subscribers will exceed 1.1 billion by 2019, with IPTV taking a growing share of the total, according to the latest report from ABI Research.

The industry is expected to generate US$320.3 billion (€235.4 billion) in revenue by that date, according to the group.

According to ABI Research, there were 903.3 million pay TV subscribers at the end of 2013, generating US$249.8 billion in revenue of this total, IPTV accounted for 92 million subscribers and US$37.2 billion, having grown in subscriber terms by 18.5% year-on-year.

According to the research group, IPTV is likely to grow to 161 million subscribers by 2019, accounting for 15% of the overall pay TV market.

Cable subscriber growth is slow by comparison. The total cable TV base grew by 3% year-on-year to 570.2 million in 2013, according to the group, with subscriber bases in western Europe and North America declining by about 1% and 1.5% respectively. Growth in cable has continued in the Asia Pacific and Latin American markets, and ABI research predicts the global total cable TV subs base will reach 634.5 million by 2019.

Digital-terrestrial TV has over the last year been hit by a declining pay TV DTT base in Italy and Spain, leading to a drop in the overall western European DTT market of around 5%.

DT in Africa grew by 45% to 2.1 million last year, and ABI Research predicts that there will be over 4.8 million DTT subscribers in Africa by 2019.