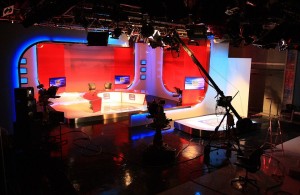 Irish commercial broadcaster TV3 is reportedly protesting plans by Northern Ireland’s UTV to launch a new channel in the Republic of Ireland.

According to a Sunday Times report, TV3 has raised “grave concerns” with the Broadcasting Authority of Ireland (BAI) about UTV’s channel application, which UTV announced in November.

TV3, which must be carried on all broadcast platforms in Ireland, is reportedly “keen to protect its status as Ireland’s sole commercial public service broadcaster” and is seeking information from the BAI about the license terms it may grant UTV Ireland.

According to the Times, TV3 is arguing that the planned UTV Ireland channel should be regarded as an ‘opt-out channel’, similar to UK stations E4 and Channel 4, and be governed by the British regulator.

UTV announced in November that it had agreed a programming deal with its UK counterpart ITV and planned to launch a new channel in the Republic of Ireland – a Dublin-based station with newsgathering functions in Cork, Galway, Waterford and Limerick that promises to create 100 jobs.

Speaking at the time, Michael Wilson, managing director, UTV Television said: “We intend to introduce UTV Ireland in early 2015 utilising the existing UTV winning formula of combining high quality news, current affairs, entertainment and drama. We plan to make this new channel available on as many platforms as possible, subject to contract approval, with a catch up service also available online.”