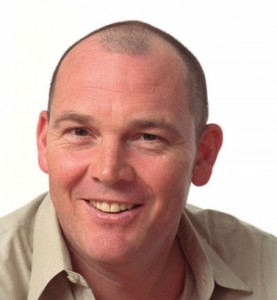 The Greek TV company said it had brought in Smith as part of a wider plan to extend its international presence.

Antenna CEO Theodore Kyriakou said that Smith will play a key role in managing the international expansion and will have funds to make acquisitions.

“Pete Smith is joining Antenna as we embark on the next ambitious stage of our growth strategy,” Kyriakou said. “His 25-year track record in film and television will be invaluable as we consider steps to extend our international media operations. Pete will manage our expansion and help us in creating or buying new and exciting digital assets.”

Smith added: “The group has exciting plans for the future, building on the strategic platform established in recent years. I will particularly focus on looking for alliances and opportunities in channels, rights and digital assets across Europe.”

At NBCUniversal he was president of the studio’s international business. He left in early 2011 in the wake of the restructure that followed Comcast’s takeover of NBCU.

During his tenure as studio boss he had targeted raising international revenues to the US$5 billion (€3.66 billion) mark and they had topped US$4 billion when he left the company.

Smith joined Cineflix in August 2012 and took the reins of the producer and distributor’s scripted division, which got away the period drama series Copper but was subsequently wound down.

Antenna is one of Greece’s leading free-to-air broadcasters alongside the likes of Mega Channel, Star, Alpha and Alter. Mega Channel and Antenna TV lead the way, together accounting for a third of total viewing, and over half of TV advertising spend.

Antenna has shown local versions of international series including Dancing with the Stars and, more recently, Celebrity Splash.

The Kyriacou family owned business has bought into the Bulgarian, Romanian and Serbian TV markets and is expanding in south east Europe.