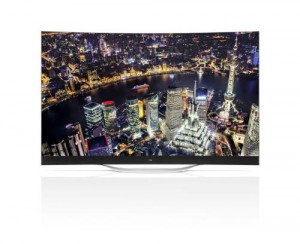 Ultra High Definition (UHD) display LCD TV shipments are expected to increase by more than 500% year-on-year in 2014, according to new stats by IHS.

The figures, which were updated ahead of the CES trade show in Las Vegas this week, claim that UHD LCD TV sales will reach 10 million units this year, up from 1.5 million in 2013. IHS tips this figure to climb to a massive 38.5 million units in 2018.

“While television brands will show off their massive new ultra-high-definition sets at CES, the real focus for UHD makers in 2014 will be cost reduction,” said IHS senior analyst for consumer electronics and technology, Jusy Hong.

“Lower pricing will enable the market to expand – but UHD sets still have a long way to go before they command a major share of the overall market. In 2018, UHD will account for only about 16% of all LCD TV shipments.”

The research firm also predicted a major surge in tablet sales. IHS said it expects media and PC-style tablet shipments to reach 488 million units in 2017, up from 141 million in 2012. Shipments this year are tipped to rise 72% to 243 million units.

“Market volumes in 2014 and beyond also will be driven by rising shipments of PC-type tablets, which will be prominently displayed at CES this year. This will be a make-or-break year for Windows-based PC tablets. Because of that, PC manufacturers will be putting their best foot forward at CES, showing off their most compelling products for the year,” said IHS director of tablet research, Rhoda Alexander.