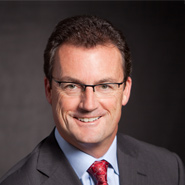 Technology giant Cisco has outlined its commitment to its set-top box business, though said it would separate it out from its service provider operations to give a clearer indication of its performance.

In a conference with investors and financial analysts yesterday, Cisco president of development and sales, Robert Lloyd, said “we’re not getting out of set-top boxes,” claiming that customers moving from set-top to cloud-based delivery models are reliant on Cisco.

“We’re doubling down on the transition from a CPE [consumer premises equipment] to a cloud based delivery model,” he said.

However, Cisco chairman and CEO John Chambers said that the company did plan to separate out its set-top and video business from its “regular service provider business” so that “when you compare [us] to our peers, you’re able to see what is our [comparative] growth.”

This came as Cisco admitted that its service provider division, which accounts for 31% of Cisco’s business had gone from positive growth of 7% to minus 13% growth – half of which was attributable to declines in set-tops.

Earlier this week Reuters reported that Chambers was facing growing pressure from investors ahead of its financial analysts conference to exit its set-top business due to declining revenue and poor profit margins.

In the meeting yesterday, Cisco cut its three-to five-year targets, with revenue growth now expected to be 3% to 6%, down from a previous 5% to 7%. Earnings growth was also adjusted down to 5% to 7% from 7% to 9%.