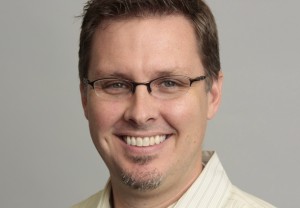 “We were really early with 4K and it will be a number of years before it’s mainstream,” said Keith Wymbs, vice-president of marketing, at the event. “We want to help [broadcasters] make the transition to 4K and I believe it will happen over time. It’s a natural extension of the viewing experience.”

Wymbs said that real-time 4K at high frame rates was technically challenging, requiring up to 30-40 times the processing power of 1080p30 when the number of pixels on screen and the frame-rate is taken into account.

Wymbs said that Elemental, having captured a leading position in multiplatform encoding, now has a leadership position in the wider encoding market in its sights, with its HEVC leadership seen as a way to capture share.

“The larger market is the video encoding market in general. Multiscreen is the fastest growing segment but there was a [overall] US$800 million market in 2012,” he said. Harmonic, Ericsson, Thomson Video Networks, Cisco and Arris currently dominate the wider market with a collective two thirds share, he said. “We aspire to this – we are using 4K and HEVC as a pivot into that market. It’s a way to show leadership.” He said Elemental would also take further steps in the course of coming months to develop products for legacy markets in order to build its market share.

Wymbs cited SNL Kagan research that he said showed Elemental has now become the multiplatform and OTT video processing market leader across multiple regions. Elemental secured a first place market position in the North American, Latin American and Caribbean and western European regions and was in the top-three vendors in all other regions.

The report showed Elemental was the number one provider in standard definition live-stream encoding and second globally behind Harmonic in file-based encoding.

For its demo, Elemental showed a Major League Soccer match from its home-turf of Oregon featuring a November 7 Western Conference semi-final between the Seattle Sounders and the Portland Timbers. Content was filmed using a Red Epic camera, with video captured in raw 4Kp60, converted to ProRes and then to H.264 4Kp60 at 50Mbps using an Elemental Server, before finally being converted to 8-bit HEVC 4Kp60 at 14Mbps constant bit-rate with Elemental Live.

Elemental used a PC decoder to display to content on a 84-inch monitor.