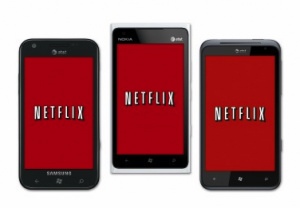 More than 1.7 billion devices capable of streaming over-the-top (OTT) video from services like Netflix and Hulu are due to be shipped by the end of the year, according to new research by IHS.

“This will equate to enough OTT systems to accommodate almost one out of every four people on the planet,” said IHS, with OTT-capable equipment covered by the research including set-top boxes, Blu-ray players, smart TVs, games consoles, digital media streamers including Apple TV or Roku devices, media tablets, PCs and smartphones.

IHS said that PCs and smartphones now account for the majority of OTT devices, and combined accounted for 836 million of the 1.43 billion OTT-capable devices shipped last year.

However, the research said that the rest of the OTT device market is also “extremely large and growing at an accelerating rate,” with approximately 480 million non-PC, non-smartphone devices due to ship this year, up 30% from 2012.

“Content owners, operators and consumers all are driving the proliferation of the OTT model. Content owners want to expand the market for the films, music and videos they own. Meanwhile, operators wish to use OTT in order to add value to their services and keep subscribers from cancelling TV subscriptions in favour of purely broadband connections—preventing what the industry calls ‘cutting the cord.’ Consumers, for their part, desire access to a wide variety of media at the time and place of their own choosing,” said Jordan Selburn, IHS senior principal analyst, consumer platforms.

OTT device shipments are tipped to grow another 20% next year and reach some 2.67 billion units by 2017. IHS said that by then, shipments will have expanded by 86% from 2012 volumes, marking “phenomenal growth by any measurement.”