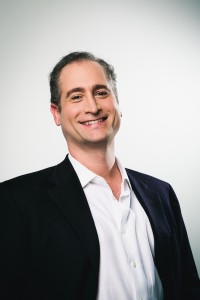 With the launch, Totalmovie will wind down its operations as a customer-facing service, with UUX aiming to instead sign deals with mobile and fixed line operators to power their branded video offerings.

UUX is incorporated in the UK with offices in London, Madrid, Miami, Mexico and Sao Paulo – with the company looking to position itself as a global player, operating across Europe, Africa and Asia Pacific, as well as Latin America.

Speaking to DTVE, UUX CEO Lou Schwartz said that “the business objective of UUX is to leverage all the experience that Totalmovie had in marketing a retail service, but white-labelling that entire solution, including connected device content and some of the professional and specialised services, to offer a branded service to particularly mobile operators.”

Schwartz, who was formerly CEO of the Americas for Kit Digital (now Piksel), said  “Totalmovie was principally a retail service. For the most part we will abandon our retail strategy and take on a wholesale approach by leveraging the elements of Totalmovie, but as a white label service that can be resold to the wholesale market. We want to be the brand behind the brand now.”

Discussing the transition from Totalmovie to UUX, Schwartz said the reason for winding down Totalmovie as a customer-focused service “wasn’t the brand, it wasn’t the infrastructure, it was simply billing”.

“The challenge to bill a retail customer in Latin America is significant. They have a very low penetration rate for credit card billing, so where we had two million active subscribers, many of them churned out because we weren’t able to bill. This was the impetus for shifting our focus from b2c to b2b and being able to bill directly through the mobile carriers who have pre-existing relationships with their subscribers,” said Schwartz.

The UUX cloud streaming platform will support live and catch-up TV and video-on-demand content across all internet connected devices and screens.

UUX said it provides the capacity to manage and support “hundreds of millions of daily Internet connected device interactions for a growing market of 2 billion addressable internet television subscribers.”