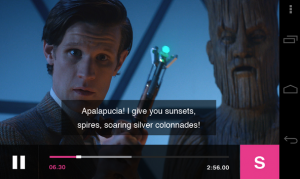 The BBC still has a “long way to go” before looking to deploy 4K as part of its online video service the iPlayer, with its focus still on improving its support for existing technology like HD, according to iPlayer executive Henry Webster.

Speaking at the OTTtv World Summit in London, Webster, who is executive product manager, media services at the BBC’s Future Media division, said that though the likes of 4K represented a “great step” in quality, the BBC still had progress to make “even within existing standards.”

“iPlayer is HD now, but it is only 720p. We did our first live streaming in HD last year, but that’s very, very basic. So in terms of IP distribution, I think we’ve got a long way to go before 4K becomes really important, because the bandwidth to the home is not there yet. I think we could do a lot in terms of improving quality and taking things to improve what we do today,” said Webster.

Though he said that 4K, also known as Ultra HD, is a “great technology” that the BBC will look to use in the future, he said that he is focused on the iPlayer backend system and “turning around some of the things that we haven’t always traditionally done so well.”

This is especially so in terms of events, said Webster, “making sure that we’ve got the kind of business continuity and the resilience in place and more in line with the broadcast operation , than the online world, that we’ve traditionally been in.”

Speaking onstage at the conference, Webster also discussed the BBC’s recent replacement of its aging iPlayer infrastructure with live processing in the cloud through a new in-house system called Video Factory. Switching to the cloud means the BBC doesn’t have a fixed amount of storage so it does not have to limit the hours of content it can process or limit the hours of HD content it can handle.