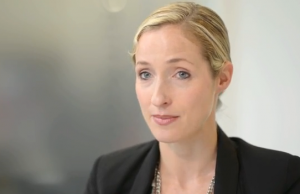 About 54.1% of customers view VoD programmes every week, averaging 3.5 hours a week.

However, Buckridge cautioned that viewing behaviour is not changing as fast as people sometimes think, with most people still watching live TV broadcasts.

Buckridge told attendees at the conference that the UK market is characterised by three ongoing battles. The first is between platforms for the connected consumer in the home, and especially for the billing relationship with the consumer, said Buckridge. The next is between devices and which device the user should connect to, she said, with content providers now obliged to get onto every device. Finally, there is a battle between aggregators, said Buckridge, with players including Sky, Netflix and Lovefilm are all competing to deliver the gateway to the home.

“This is very much a power struggle…over access to content,” she said. However, there is considerable consumer confusion as a result of the various battles being fought, said Buckridge.

“We decided not to engage directly in these battles but to enhance the customer experience,” she said.

Buckridge said YouView is “absolutely an open platform, and everyone is allowed to come on board”. The platform can support multiple business models and YouView has not set out to establish a billing relationship with consumers. She said YouView will continue to deliver a “free” service, which includes the bundled offerings provided by BT and TalkTalk, which now provides YouView in half of its homes, although pay offerings can be added.

Buckridge said YouView will look to add more internet channels to its offering and focus on improved search and recommendation to enable viewers to find content, she said.