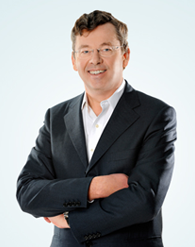 Belgian telco Belgacom has said it is searching for a new permanent CEO after the Belgian government, which is the majority owner of the firm, ousted current boss Didier Bellens at the end of last week.

In a statement, Belgacom said it has “taken note of the Government’s decision to end the collaboration with Mr. Didier Bellens” and said it has handed over the CEO responsibilities on an interim basis to executive vice-president of finance and chief financial officer Ray Stewart, and Belgacom chairman of the board Stefaan De Clerck.

The firm said it has immediately started its search for a full time CEO and has selected an external headhunting agency to draw up a list of potential candidates for the role. The government will make the final appointment decision.

Prime Minister Elio di Rupo told reporters last week that the Belgian state, which has a 53.3% holding in Belgacom, had lost confidence in Bellens due to his “repeated criticism” of the authorities.

Commenting on the changes, De Clerck said that Stewart, who has been at Belgacom since 1997, was “ideally placed to ensure a smooth transition period. For this he has the explicit support of the entire board of directors and the whole management team.”