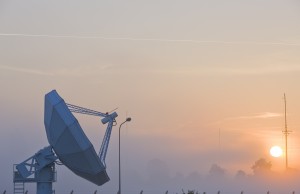 Satellite operator Eutelsat is planning to invest in significantly expanding its capacity over Africa, despite the current oversupply of capacity for data applications. On the TV side, Eutelsat is meanwhile looking to encrypt its free-to-air platform for sub-Saharan Africa in order to be able to provide accurte viewer statistics, enabling channels on the platform to sell advertising more effectively.

Speaking at a customer and press event in Cape Town on Monday, deputy CEO Michel Azibert said Eutelsat planned to “bring a lot of international satellite capacity to Africa in the next few years”.

Azibert said the potential for growth is significant, with 1,500 TV channels currently broadcasting, 720 of which are carried by Eutelsat, including 40 HD channels. “This is a strong trend that is only going to grow,” said Azibert.

Azibert said that the data market is also growing strongly, citing the fact that the VSAT market was doubling every five years across all sectors. “It’s a very competitive game but we are trying to differentiate ourselves by supplying not only capacity but services,” he said.

Rodney Benn, regional vice-president, Africa, meanwhile said that Eutelsat was planning to encrypt its free-to-air broadcast platform for French-speaking Africa, although plans are at a relatively early stage. “We want to be able to check how many boxes are out there. It’s our plan to encrypt the platform within the next two to three months,” he said. Benn said Eutelsat was still in the process of deciding how to convert the existing user base of the platform. “The challenge is how to deal with existing viewers but we need to do it,” he said.

Benn said Eutelsat was also mulling the possiblity of launching a similar free-to-view platform for English-speaking regions, with interest emerging in a number of countries. This would enable small and medium sized broadcasters to get digital services on air and stimulate local content.

“TV penetration iin Africa is still very low it’s about 35%, which is mostly analogue. Digital penetration is about 7-9% and there is a massive opportunity,” said Benn.

On the pay TV side, he said that while no-one wanted to take on MultiChoice there are strong regional opportunities for pay broadcasters. Eutelsat recently signed up Tanzania-based Azam Media, which is planning to launch a regional pay TV platform for East Africa.

On the question of oversupply of satellite capacity on the data side, Benn said that while a lot of capacity is in the pipeline, it is being taken up quickly. “I think the major demand generator will be getting moving pictures onto smart devices,” he said.

Benn said there are broadly four key data markets: GSM backhaul, corporate VSAT, which is growing by 8-10% a year, VSAT for oil and gas and mining applications, which requires a thicker pipe into facilities, government applications such as e-learning and e-health, and fibre back-up or business continuity. Benn said fibre is notoriously unreliable, meaning that satellite can play a key role in delivering back-up capacity, and Eutelsat has a specific fibre back-up product.

“Wholesale satellite pricing has pretty much bottomed out,” said Benn. “It’s not like we are having to drop our prices because there’s a price war – there is healthy competition between all of us, but we’re not just selling bandwidth but what you add at both ends. We put packaged deals together whcih includes hardware on the ground.”

Between now and 2015, Eutelsat plans to deploy three new satellites that provide coverage over Africa – Eutelsat 3B at 3 deg. East, Eutelsat 8 West B at 7/8 deg. West and Eutelsat 36C at 36 deg. East. These come on top of recent launches Eutelsat 21B, Eutelsat 70B and Eutelsat 3D.

Eutelsat has developed two hotspots for Africa: one at 16 deg. East for the French-speaking market, including a beam covering the Indian Ocean, and one beam covering western Africa; and another at 36 deg. East primarily for the English-speaking regions, which includes the DStv bouquet – which also offers services for the Portuguese speaking market – as well as providing capacity at a number of other positions. Zon Multimedia-backed Zap TV for Angola also broadcasts from the 36 deg. East position.