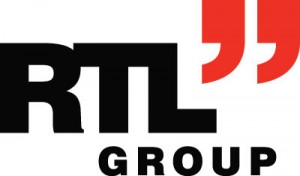 RTL Group said that its strong and rapidly growing digital presence has now established it as the “number one European media company in online video” and it plans to make further investments in this area.

Announcing its quarterly results, the German media group said that it is now responsible for more than two billion online video views per month and that its September acquisition of a minority stake in German multichannel YouTube network Divimove had made RTL Group “the fourth largest multichannel network (MCN) operator globally.”

In the first nine months of 2013, RTL Group said that its catch-up TV services and websites, including the Youtube MCN Broadband TV attracted a total 10.1 billion online video views – up 122% cent year-on-year. Its production arm FremantleMedia saw a 77% increase in traffic to its 135 Youtube channels, attracting 4.6 billion views.

The firm added that online video advertising was up 53% in Germany, 20% in France, and 33% in the Netherlands year-on-year.

Alongside digital, RTL said that it also continued to make “good progress” across its other two strategic fields: broadcast and content.

RTL said its new children’s and family channel, RTL Kockica, is now slated for a winter 2013 launch, having initially been planned to go live in autumn. RTL CBS Entertainment HD, the first fruits of RTL Group’s August partnership with CBS Studios International, is also now on air in Malaysia, Thailand, Singapore and the Philippines.

“We’re executing our strategy from a position of strength, and making clear progress around our three pillars – broadcast, content and digital. From prudent levels of cash investment we have developed a series of initiatives that open up new sources for future growth,” said Schäferkordt and de Posch.

Overall in the third quarter, RTL Group reported revenue of €1.269 billion – a decrease of 2.1% year-on-year. EBITA also dipped slightly to €162 million but would have been up year-on-year by 7.3% excluding the positive one-off effect from the sale of a building in London. RTL said that Q3 is the company’s weakest in terms of the group’s trading patterns.

In the first nine months of the year, net profit attributable to RTL Group shareholders increased by 41.2% to €535 million, which the firm said reflected higher operating profit and a reversal of a 2012 impairment, totalling €72 million, on RTL Group’s shareholding in the Spanish broadcasting company Atresmedia (formerly Grupo Antena 3).