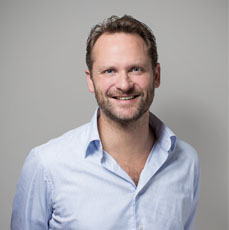 Online video distribution specialist Rightster has raised £20.4 million (€24.2 million) after floating on the stock market and announced a string of senior hires.

The firm launched its IPO this morning, floating on the AIM market of the London Stock Exchange in what founder and CEO Charlie Muirhead said marked “the first YouTube multi-channel network to go public.”

Speaking to DTVE this morning, Muirhead said that “the bulk of the placement” was taken up by investment management company Invesco. British Airways chairman Sir Martin Broughton also became an individual private investor.

At the same time the firm revealed that Andy Mitchell has joined Rightster as chief operating officer from Associated Northcliffe Digital – the consumer division of the Daily Mail and General Trust – where he was managing director of its audience network and advertising sales business ANyMedia.

Former Yahoo! and Oracle executive Sanjay Mohan also joins as vice president of engineering and general manager of India, while New York-based entrepreneur Mark Lieberman has taken up a place on the company’s board.

Liberman co-founded TRA, a media analytics, software and research technology firm that was acquired by TiVo.

Overall Rightster placed 34.08 million ordinary shares of at a price of £0.60 per share, giving the firm a market cap of roughly £69.8 million. The gross proceedings of the placement were £20.4 million, netting Rightster £18.4 million after expenses, while shares were trading up this morning at £0.75.

The firm, which specialises in video distribution, content-sourcing, audience engagement and monetisation, had said in August that it was looking to raise approximately £10 million to £15 million through the IPO.

Discussing the reasons behind the stock market launch, Muirhead said: “We wanted to raise a suitable amount of money to fund our operations and our continued investment in technology,” adding that Rightster wanted to develop its platform throughout 2014.

Rightster offers an ‘upload once, commercialise everywhere’ solution to businesses. This applies to live and on-demand video content for the web, mobile and clients’ own sites, social channels, portals, platforms, newspapers, magazines and specialist blogs. Rightster also works as a multichannel network operator on YouTube.

In its filing, the firm said its network currently stands at over 750 content owners and over 6,500 publishers, with the group employing approximately 200 staff in 11 ofﬁces across 9 countries.

Muirhead founded the company in May 2011 and Rightster counts The Press Association, The Guardian, The British Fashion Council, Conde Nast, and The Australian Football League among its clients.