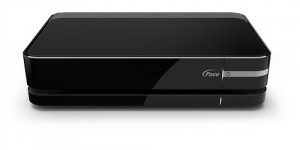 The market research firm said that set-top revenue from OTT media servers and IP, cable, satellite and DTT boxes was also down 3% in Q2 compared with the first quarter of 2013, with growth in Asia Pacific and Latin America not tipped to offset shipment declines until 2014.

“There are real unit shipment declines occurring in North America and Western Europe that won’t be offset by growth in Asia Pacific and Latin America until 2014,” said Jeff Heynen, principal analyst for broadband access and pay TV at Infonetics Research.

“We’re seeing the market bifurcate along geographic lines. We have a post-STB market, which includes North America and Western Europe, where operators are having a difficult time adding new pay TV subscribers and are responding by transitioning to video gateways. And then there’s the emerging STB market in China, India, and Latin America, where digitisation projects are underway.”

According to the research, Pace took the biggest share of global STB revenue in 2Q13, overtaking Cisco, whose revenue fell sharply quarter-over-quarter. Arris came in third and was boosted by its Motorola Home acquisition earlier this year.