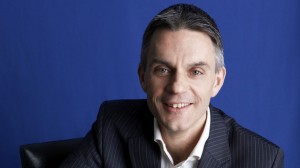 BBC Worldwide is due to phase out the Global iPlayer as part of CEO Tim Davie’s vision for the future of the BBC’s commercial arm.

Announcing a three point plan today, Davie said he aimed to increase investment in content, establish new global brands, and focus on digital innovation – part which will see BBCWW wind down the Global iPlayer trial in its current form.

Plans for a standalone Global iPlayer app will not be taken forward – instead the aim is to roll the current service into the new look BBC.com, which will include a new long-form player, a spokesperson for BBCWW told DTVE.

As part of Davies’ vision, the Worldwide boss said that he aimed to launch an international version of the BBC store – the planned BBC digital content store that BBC director general Tony Hall announced last week.

BBCWW said it also planned to transform the international version of the BBC website, BBC.com, over the next three years, bringing together all BBC commercial online offerings in one destination with a greater focus on video content.

“The new BBC.com will include a long-form video player and will represent a single digital route to market for BBC.com’s partners and advertisers,” said Worldwide in a statement.

Among the other plans detailed today was the intention to grow content investment by £30m (€35.50) per-year to some £200m. BBC Worldwide also said it plans to introduce three new genre brands to its portfolio of branded channels and services around the world: BBC Earth, which currently already exists as a programming block; a new drama-focused offering called BBC First; and an as-yet unnamed brand targeting male audiences.

“The plans outlined today for the next phase of BBC Worldwide’s development will underpin our success over the next three years and beyond. They combine an increased commitment to content investment with new BBC content brands alongside a more powerful and unified digital engine,” said Davie.

“Taken together, these three investment priorities will serve to grow the BBC’s footprint across the world, both via our own services and our important third party sales, resulting in greater access by audiences to BBC and British content and sustainable cash flows back to the BBC.”

The BBC launched its standalone Global iPlayer app as a subscription service in 2011. The iOS app reached a million downloads a year later and is currently live in 16 markets in Western Europe, Canada and Australia. However, the service never left beta or launched in the US.