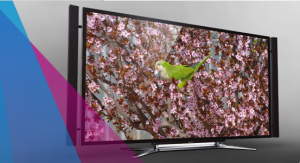 There will be 140 million households with at least one Ultra HD TV and over 50 million Ultra HD set-tops installed by 2020, according to a report by IHS.

According to the report the ecosystem for the format will be in place by 2017, and within 10 years there will be enough homes, content and distribution for commercial mass market launches of UHD.

Report author Tom Morrod said that development will be driven by major events such as the World Cup and the Olympics, with UHD being trialed in 2016 and transmitted in 2018. He said that, as wit HD, providing content will become commercially viable when over 3% of homes have a UHD set, which is expected to happen in around 2017 in the US and between 2018-21 in most other regions.

The delivery of UHD sets will be accelerated by the adoption of the HEVC compression format for multiscreen services, said Morrod.