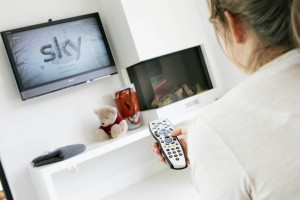 Sky reported strong customer growth in the three months ending September 30, but operating profits slipped by 8% due to an increase in Premier League football costs and investments related to customer take up of connected services.

These gains helped group revenue increase 7% to £1.84 billion (€2.17 billion). However, programming costs were up 6% at £622 million, including a step-up in Premier League costs, while direct network costs were also up 17% to £202 million, despite a 21% increase in the volume of home communications products in the last 12 months. This caused operating profit to drop 8% year-on-year to £285 million.

“We have made a very good start to the year. Strong growth across the board drove a 7% increase in revenues and we  added 50% more new subscription products than last year as customers continued to respond to the quality and value we offer. Adjusted operating profit was in line with our expectations as we invest in new services and absorb higher Premier League costs,” aid Sky CEO Jeremy Darroch.

“We were particularly pleased with the continued strong performance in home communications. Quarterly growth in broadband was up on last year taking us past the 5-million customer milestone. In all, 36% of customers now choose to take all three of TV, broadband and telephony from Sky, over half a million more than last year.”

Sky said that the number of connected Sky+HD boxes grew by almost 50,000 a week during the quarter, faster than in any previous quarter. The number of average weekly on-demand downloads also increased fourfold to over 6.5 million while the number of movie rentals through Sky Store more than doubled to 2.1 million.