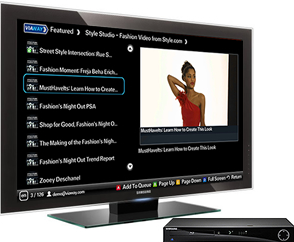 The combined live TV and subscription video-on-demand service will target the estimated 300 million Russian and Ukrainian speakers worldwide with an offering of 60 live channels and VoD for US$9.99 (€7.36) a month.

Divan.tv will be available on LG, Samsung, Philips, Sony and Panasonic smart TV portals as well as the Roku media player and Android and iOS tablets.

Divan.tv said it would spend “millions of dollars” on developing the global service, with a target of breaking even in two and a half years. The company will now split its head office functions between California and Moscow, leaving only research and development and back-office functions in Ukraine.

“We are happy to introduce TV Everywhere concept (Smart TV, STB, tablets, laptop) for all our audience worldwide. We plan to serve up 2 million customers in upcoming three to four years,” said founder of Divan.tv and managing partner of AVentures Capital Andrey Kolodyuk.

Divan.tv launched in Ukraine in 2009 and says it has attracted about 125,000 users with a mix of freemium and subscription services. The service has previously signed deals with a number of international content providers including Scripps Networks, and recently expanded its reach by signing deals with a number of local ISPs as well as launching iPad and Android tablet apps.