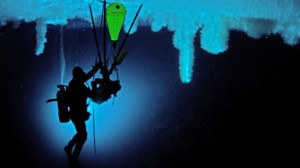 The BBC and Discovery are ending their longstanding partnership, which produced shows like Blue Planet, Frozen Planet and Wonders of the Solar System.

The BBC said that the formal partnership would lapse “by mutual agreement” but added that the two companies would continue to work together on a number of forthcoming projects, including the shows Hidden Kingdom and How To Build A Planet.“

The BBC and Discovery have enjoyed a longstanding and successful relationship and although this phase of our partnership is now coming to an end, we look forward to working together on a number of projects in the future. Science and Natural History programmes have always been a core part of the BBC’s DNA and we have ambitious plans for the future, with an exciting range of new content in the pipeline,” said BBC commercial director Bal Samra.

The news came as the BBC’s commercial arm, BBC Worldwide, announced that it would make a “major new investment” in factual content – spanning natural history, science and history – and become the principal co-production partner with the BBC’s Natural History Unit.

Worldwide said that the agreement would allow the BBC and BBC Worldwide to work with a wider range of co-production partners and create an “ambitious and varied slate of premium factual content” for viewers in the UK and around the world.

Titles announced as part of this investment include the new shows One Planet, The Hunt, Wild Alaska, and 24 Hours on Earth which will be co-produced with BBC America and will premiere in the US on this channel.

A further seven titles have also been confirmed: Oceans, Kangaroo Dundee, The Rains, Sleepover at the Zoo, Wild Japan, Wild Patagonia and Wild New Zealand. All will be distributed globally by BBC Worldwide.

“Demand for our factual content has never been higher and this investment opens up opportunities to work with new partners worldwide to produce an exciting and varied slate of content that will appeal to everyone allowing us to bring BBC factual content to an even wider audience,” said BBC Worldwide CEO Tim Davie.