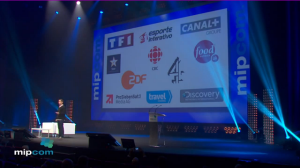 Facebook is now working with TV partners in Europe to provide them with data mined from the social network.

Delivering a keynote speech at the MIPCOM TV trade show in Cannes yesterday, Facebook’s partnerships VP Dan Rose said it had now partnered with firms including TF1 and Canal+ in France, Channel 4 and Food Network in the UK and ZDF and ProSiebenSat.1 Media in Germany.

“Today I’m excited to announce that we’re expanding our list of beta partners to many more companies all around the world. With these partnerships we’ll be expanding to new markets from Brazil to India and all across Europe with major media partners working with Facebook to leverage our tools,” said Rose.

He claimed that Facebook’s recently launched API tools offered “endless” possibilities for TV partners and had already got a tremendous response from stateside beta partners including Fox and CNN.

First announced last month, Facebook’s Public Feed API is designed to give broadcasters access to a real-time feed of public posts for a specific word.

Its new Keyword Insights API aggregates the total number of posts that mention a specific term in a given time frame and will also allow partners to access anonymous, aggregated results based on gender, age and location.

“Over the past few months, we have rolled out a series of products aimed at surfacing the public conversations happening on Facebook including hashtags, embedded posts, and trending topics. We are committed to building features that improve the experience of discovering and participating in conversations about things happening in the world right now, including entertainment, sports, politics and news,” said Facebook’s VP, media partnerships and online operations, Justin Osofsky. announcing the TV industry-targeting APIs last month.