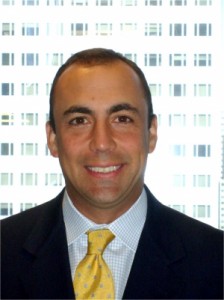 Shazam, the music recognition service that is moving into TV, has hired Kevin McGurn as chief revenue officer.

McGurn joins from US on-demand service Hulu and at Shazam will be tasked with growing the revenue that the company generates from existing and new TV and mobile services.

“With more than 15 years of online media experience selling to some of the world’s most renowned brands,Kevin is a world-class professional who knows how to accelerate revenue growth, making him the perfect addition to lead our Sales and Business Development teams,” said Shazam CEO Rich Riley.

Shazam said that growing and developing partnerships with broadcasters and media companies and platforms is key part of its growth plans. McGurn will be based in New York and “will continue to leverage and strengthen these relationships to ensure Shazam is available everywhere and that people discover and use Shazam for music, television and all other forms of entertainment content,” the company said.

At Hulu McGurn was senior VP, advertising sales. He has also held senior commercial roles at one of Hulu’s backers, US broadcast net NBC.

Shazam started as a music recognition series, branching into TV in 2011 with the launch of Shazam for TV in the United States for advertising and select television programmes. This was expanded in September 2012 to include all US nationwide programming on more than 160 channels.

In July it raised US$40 million in funding from Latin American telco America Movil, in a deal that saw the firms form a “strategic business collaboration” in the region.

In March it recruited Daniel Danker as chief product officer. He joined from the BBC where he was instrumental in launching the UK public broadcaster’s iPlayer catch-up service.