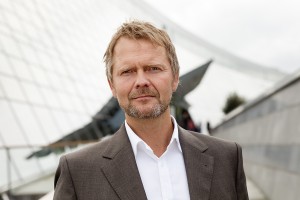 Conax has used IBC to launch a smartcard-free version of its content security platform, Conax Cardless, to fill the gap between smartcard secured solutions and pure software based clients.

Tom Jahr, VP of products and partners, said that this expansion of the company’s existing Conax Contego portfolio had been created on the back of SoC manufacturers building their own secure areas inside their chips. “We now see these to be secure enough to put the software in a dedicated secure area inside the se chips. This has a hardware route of trust with all the basic smartcard functionality,” he said.

Conax Cardless is launched simultaneously with Conax Contego 5.0, the latest version of the company’s flagship product line. The cardless product is suitable for one-way networks without a return path, such as analogue switchover-related deployments, said Jahr. The first DVB SoC implementation will be with SoC manufacturer ALi.
“We have created a refence design box with ALi,” said Jahr. “This can be deployed very rapidly into the market.”

Jahr said the system can run from a single back-end. The channel line-up can be secured by a mixture of card-based and cardless secured solutions.

Conax maintains, however, that its smartcards remain ultimately more secure than the cardless solution. For certain types of content such as 4K, it is possible that content provider may specify smartcards, said Jahr.

“Pure software can easily be copied or distributed on the internet. There is no hardware route of trust. It can run on a standard processor. If the trust is lost it is almost impossible to regain control,” he said.

Conax has also launched a Conax Connect partner programme. “There is a need for solutions and we work closely with partners. To make this more efficient we have created a web-based service called Conax Connect,” said Jahr.

Partners get access to an extensive set of APIs and will get support from Conax engineers. The programme also involved joint sales and marketing initiatives through a dedicated proogramme.

Conax has now been implementing a reveised strategy for a year, moving away from just protecting content on a set-top box. Since then the company has broadened its product portfolio, creating new editions of Conax Contego and launching the pre-integrated Xtend Multiscreen solution in partnership with CMS and middleware providers. It has also added a range of CI modules with Conax technology, and has launched secure cleints on Android, Macs and PCs.

Over the last year Conax has signed up 30 new customers and the company now supports 140 million subscribers in 85 countries, said CEO Morten Solbakken.

Recent customers include Dish TV in India, iwth 15 million subscribers, cable operator Cabelmas in Mexico with 3.5 million homes and Columbus Communications owned Flow in the US.