Netflix goes live in the Netherlands 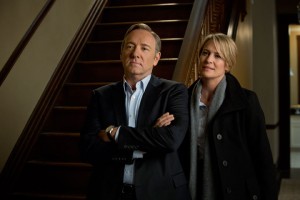 Netflix went live today in the Netherlands, offering streamed access to its catalogue of movies and films for €7.99 per month.

At launch the US-based VoD giant promised to offer “thousands of hours of entertainment,” including all episodes of its four original series that debuted this year and have not previously aired in the Netherlands – House of Cards, Hemlock Grove, Orange is the New Black and the last season of cult comedy Arrested Development.

Customers will also be able to access full seasons of US TV shows like Dexter, Homeland, Lost, Modern Family and Spartacus as well as British series like Luther and Sherlock and Scandinavian dramas The Killing and The Bridge.

Netflix’s movie catalogue in the Netherlands includes titles like The Kite Runner, The King’s Speech and The Expendables.

“We’re proud to bring the future of television to the Netherlands. The Dutch have incredible broadband, but until today have not been able to take full advantage of their fast connections. Now people in the Netherlands can subscribe to Netflix and instantly watch great TV shows and movies anywhere, anytime, for one low monthly price,” said Netflix CEO Reed Hastings.

Netflix first announced in June that the Netherlands would be its next European launch market. This follows rollouts in the Nordic countries of Sweden, Denmark, Norway, and Finland last October. In Europe, Netflix is also currently available in the UK and Ireland.