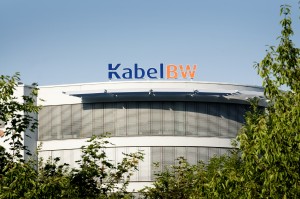 A German court has overturned antitrust regulator the Bundeskartellamt’s 2011 approval of Liberty Global’s acquisition of Baden-Württemburg operator Kabel BW on the grounds that certain conditions set out at the time were not sufficient to compensate for the merged entity’s market power.

The Düsseldorf Higher Regional Court, acting on a complaint from Deutsche Telekom, ruled that the cartel office will have to look at the case again.

According to the court, the regulator’s provisions about termination rights for housing association customers were not sufficient to compensate the dominant market position of the combined Unitymedia and Kabel BW in the fixed access market.

Liberty Global said it intends to seek leave to appeal before the Federal Court of Justice. Failing that, the Bundeskartellamt must now look at the merger again.

“The Düsseldorf Higher Regional Court today set aside the Federal Cartel Office’s approval of Liberty Global’s acquisition of Kabel BW. We have not yet seen the detailed ruling from the Higher Regional Court, which will be made available by the Court in the next days or weeks. Please understand that we therefore cannot comment on the content of the ruling. However, we will use all legal means available to us to go before the Federal Court of Justice to obtain leave to file an appeal on a point of law against the ruling by Düsseldorf Higher Regional Court. If today’s decision were to be confirmed, this would lead to a new review of the merger by the Federal Cartel Office,” said Liberty Global. “Given the progress being made in market consolidation, we are convinced that infrastructure competition needs the combined Unitymedia KabelBW company more than ever so that sustainable competition can be created with the three national companies DTAG, VF/KDG and O2/E+.”