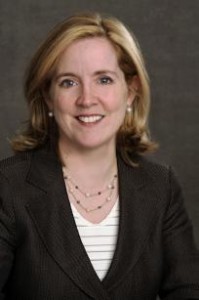 O’Brian, the senior vice-president at ABC News, has overseen the broadcaster’s newsgathering operations since 2007. She will have full responsibility for Al Jazeera America’s strategy and editorial operations, reporting to Al Jazeera executive director for international operations Ehab Al Shihabi. Al Shihabi, who has been overseeing the creation of the American channel, was named interim CEO of the operation earlier this week.

Acting Al Jazeera director general Mostefa Souag said, “We are delighted that Kate O’Brian will be joining Al Jazeera America as president. Kate’s arrival speaks volumes about what we intend to do and how we intend to do it. She is a highly experienced and award-winning journalist who fully understands what Americans want to see and hear when they watch the news. Kate has the vision, tenacity and integrity to ensure that Al Jazeera America will quickly become the success we expect it to be.”

“Al Jazeera America will demonstrate that quality journalism is alive and well in the United States,” said O’Brian. “Working alongside the talented journalists at ABC News has prepared me to take this step and I am deeply grateful for thirty years at that outstanding organization. As I bring everything I learned to this new role I’m looking forward to showing the Al Jazeera viewers that there is a strong demand for the type of in depth reporting for which Al Jazeera is so well known.”

Al Jazeera America is scheduled to launch on August 20. The Qatari broadcaster’s expansion into the US market with a dedicated channel follows its acquisition of Al Gore and Joel Hyatt’s Current TV in January, expanding Al Jazeera America’s potential distribution through Current TV’s carriage deals with US cable networks.