BBC reflects on year of “incredible highs” and “desperate lows” 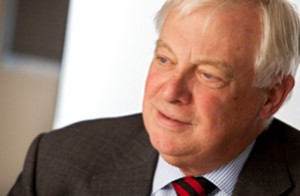 The BBC will learn the lessons from a years of “incredible highs” and “desperate lows”, according to chairman Lord Patten.

The BBC’s annual report, published yesterday, showed how far the BBC has met the objectives set out in its Delivery Quality First document an has highlighted its successes of the past year – including its Olympics coverage – and lows including Jimmy Savile investigation, the departure of director-general George Entwistle and the failure of the costly Digital Media Initiative.

In terms of delivering value for money, the BBC made £580 million (€667 million) in savings in 2012-13. The organisation has set the target of achieving 11% efficiency savings by 2016-17. The savings made so far have exceeded the 3% annual efficiency savings target set by the BBC Trust.

However, the BBC stumbled last year over the costly failure of its Digital Media Initiative. The Trust has asked the director-general to ensure that all current major projects are both adequately controlled and accurately reported.

“The BBC has made significant overall savings, but the costly failure of the DMI is a serious cause for concern. We have commissioned a review to ensure that there can be no repeat of a failure on this scale,” said Trustee Anthony Fry.

The proportion of people who believe the BBC delivers value for money has remained stable over the last five years at 57% despite efficiency savings made.

Revenue from the BBC’s commercial activities showed a mixed picture year-on-year, led by BBC Worldwdie, which grew sales from £1.085 billion to £1.115 billion with a net result of £156.3 million. However, while sales from BBC Global News Ltd grew from £71 million to £91.7 Million, its headline result dropped from £4.2 million to a loss of £0.8 million thanks to investments such as its new news room.

Revenues from public service group activities, including trading within the BBC, grew from £271.9 million to £277.1 million. Studios and post-production turned in reduced revenues of £38 million and a loss of £1 million, hit by the Olympics and the decommissioning of Television Centre.

The BBC said it had scored well on delivering quality and distinctiveness, with audience appreciation growing year-on-year from 82.6% to 83.1%.

The coming year will see a growing emphasis on delivering integrated digital experiences around major events such as the Commonwealth Games and providing comprehensive coverage of the build-up to the Scottish independence referendum.

The BBC reaches 96% of the UK population each week via its services. Targets for the next period include taking advantage of new internet-based distribution to maximize reach.

On the fourth objective set under Delivery Quality First, greater openness and transparency, the BBC said it now published details of senior executives’ pay and expenses. The Trust now wants it to look into other initiatives such as making performance data of BBC Online available to the public.

BBC director-general Tony Hall said: “I am extremely proud of the BBC that I have seen and experienced over the last four months. This is a creative organisation that produces brilliant programmes. And whilst this Annual Report covers a period of time that predates my arrival, for me it highlights the great successes that we are capable of achieving whilst also reminding me that there is much we can and must to learn from some terrible events of the past.”