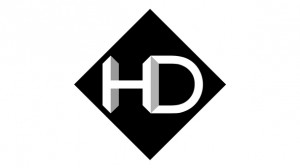 The BBC has said that it will launch five new free HD channels by early 2014 on all digital TV platforms that carry HD in the UK.

The channels will be HD feeds of BBC News, BBC Three, BBC Four, CBeebies and CBBC, with the news following Ofcom’s announcement today that it is creating new capacity for up to ten high definition terrestrial channels to go live in the UK.

“The new channels will broadcast the same programmes as their standard definition equivalents in HD, giving viewers access to a further 250 hours of HD programmes per week than is currently available from the BBC,” the broadcaster said.

It added that most of the HD programmes from these channels will be available to watch on-demand via the BBC’s iPlayer catch-up service.

The BBC also said that in the next six months it plans to present to its governing body, the BBC Trust, a proposal covering “the technical options and timetable to launch English Regional variants of BBC One HD andvariants of BBC Two HD for Wales, Scotland and Northern Ireland.”

Ofcom said today it is creating new capacity for up to 10 high definition terrestrial channels to go live. The UK broadcast regulator said that these and other channels could go live in some parts of the country by the end of this year. The new capacity will be made available on digital terrestrial using airwaves freed up by the digital switchover, on the 600 MHz band.

Ofcom said the move could triple the number of HD channels currently available on DTT and that the new channels will be broadcast to up to 70% of the population.

“The move from analogue to digital TV, successfully completed at the end of 2012, cleared two frequency bands for new uses. Following consultation, Ofcom decided that one of these bands should be made available for additional DTT capacity on an interim basis, as originally proposed. The other was recently auctioned for 4G mobile services,” said Ofcom.

Last year, the regulator proposed that the 600 MHz band be reserved for DTT with mobile services to use the 700 MHz band that is currently occupied by DTT, when the next generation of mobile broadband is rolled out. However, with this not expected before 2018 at the earliest, Ofcom is allowing the DTT platform to use this capacity for HD services on an interim basis until “at least the middle of 2018.”

To be able to watch these new HD channels viewers will need a Freeview HD TV or set top box receiver – as all HD channels on Freeview are broadcast using DVB-T2, Ofcom said.

“DVB-T2 will enable Freeview to continue to develop in the future. This is because it will make more efficient use of the limited available spectrum and enable a wider range of HD content to be made available.  Following consultation, Ofcom therefore made it a condition that these additional services using the 600 MHz band must be launched using the DVB-T2 standard to encourage uptake of compatible receivers,” according to Ofcom.

The BBC said that all five of its new HD channels will be broadcast on satellite, reaching 99% of UK homes from launch. On DTT, BBC Three HD and CBBC HD will use existing BBC HD multiplex capacity, which has 98.5% coverage, while the other three new HD channels will use Ofcom’s new HD capacity – which will be available to up to 70% of the population but is due to grow over time.

“BBC One HD and BBC Two HD have already proved to be highly valued by our audiences and I’m delighted that we’re able to follow this with the launch of five new subscription-free BBC HD channels by early 2014,” said BBC Director-General Tony Hall.

BBC One HD launched in 2010, and in the past nine months, regional variants of BBC One HD in Scotland, Wales and Northern Ireland went live – as did BBC Two HD.