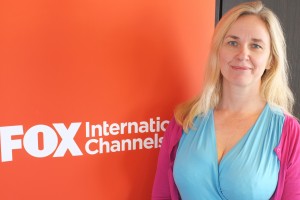 McGrath, who will be in charge of all production activity across FIC Europe’s entertainment and lifestyle brands, will be based in London and will report to Jason Thorp, executive vice-president, content, Europe and managing director, UK and Africa.

McGrath previously developed original content for FIC-owned cooking channel 24 Kitchen. She has also worked as head of features and daytime at Channel 4 and head of factual and features for producer Tiger Aspect.

FIC Europe and Africa has for the last six months been engaged in an initiative to produce more of its own content, producing shows for its entertainment and lifestyle channels across Europe.

“I am thrilled to be part of FIC Europe and Africa at such an exciting time in the company’s development.  We’ve got a great team and editorially we want to take risks. We need entertaining returnable series which genuinely feel different and have a sense of humour. Whether it’s talent, tone, or subject matter, we want our shows to stand out from the crowd,” said McGrath.