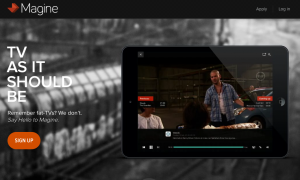 Magine has secured US$19 million (€15 million) in extra funding from Swedish and international investors and said the cash will allow it to speed up its international launch plans.

A Spanish launch is in the works and the company said there will be five additional launches before end-2013.

Territories were not specified but the UK is known to be one priority.

Magine chairman Michael Werner said: “Magine is not just another TV platform, but a totally new way of accessing and consuming content. It is a subscription service that was devised to make viewers come back to watching TV and this is why broadcasters and content providers are very keen to adopt the service.”