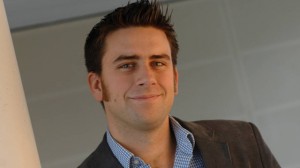 The BBC is working to revamp its iPlayer recommendation engine to improve automated VOD programme suggestions – particularly around shows that attract large audiences.

Speaking at the Video User Interface Conference in London yesterday, the BBC’s recently promoted acting head of iPlayer, Dan Taylor, said “the whole area of what happens when a programme finishes is something that we’re going to be devolving a lot over the next year, 18 months.”

Currently the BBC offers the option to watch a programme again on iPlayer once it has finished and has introduced some programme recommendations. Taylor said that while this is “mostly algorithmic,” it is increasingly finessing this and adding editorial controls in a bid to replicate the role programme scheduler online.

“The early versions of the recommendation engine were quite crude mappings of genre,” said Taylor, claiming that a comedy may have been recommended if a viewer has watched something else in this genre – respective of tone or if was a good fit.

Editorial controls would come in, he said, in order to override a poor computer generated recommendation, or when a show is guaranteed to get a “huge number of eyeballs”.

“When Eastenders or The Voice ends in iPlayer, there’s a lot of eyeballs thinking ‘what should I do next?’ That’s where we’ll put extra attention, in the [same] way that there’s lots of very smart schedulers at the BBC who spend a lot of time thinking about ‘what shall we put after Top Gear,’ or ‘what shall we put after this programme where we know there’s a significant audience’,” said Taylor. “I think that a lot of the techniques that are used in traditional television around hammocking programmes – putting one programme in between two other programmes – we’re learning what some of the digital equivalents of those are and how you flow audiences from one programme into another. It may be that you don’t always want something similar to what they just watched – so if you’ve just watched a one hour history programme you might have had your fill of history.”

Taylor joined the BBC in 2002, initially to work on the corporation’s online radio player, before moving to work on the TV iPlayer. Previously working on the editorial side as executive editor at the VOD service, Taylor was recently upped to head of product after that former iPlayer head Dave Price took a job at Spotify.