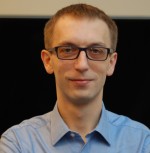 Toya is looking to OTT to serve distributed networks around the country and work in cooperation with local network operators, according to Szymon Karbowski, research and development director at the Polish cable operator.

Toya has developed a digital platform that combines broadcast and internet services in its ‘third generation TV’ platform, Karbowski told attendees at the Digital TV CEE conference yesterday. In addition to serving existing customers, this platform can be used to extend reach through partnerships with smaller operators around the country, he said.

About 75-80% of customers using the platform use some feature of it every day, said Karbowski, claiming “this shows that the platform is easy for everybody”. More than one movie is watched daily per customer, making an average of 30 movies watched monthly per customer. Ten per cent of customers generate 25% of revenue and this is the group Toya aims primarily to please. Customer churn for people who use the service is 100 times lower than analogue TV customers, said Karbowski.

Relationships with broadcasters are at the core of the content offering, with a consistent look and feel between applications from different broadcasters. “The whole idea behind the interface is to make it simple and quick for everyone,” said Karbowski. Content applications are available from OTT players including ipla, iplex.pl, TVP.pl and TVN Player.

The platform has been built with the help of Cubiware – which provided middleware that Karbowski said was flexible enough to give Toya full control – and Conax, which provides content security.

Broadcast TV still accounts for the vast majority of TV watching, and this has changed little over the last four years, said Karbowski. However, when people are watching broadcast shows is starting to shift. “What’s changing is that people increasingly like to watch content offline.” For a number of shows, offline viewing figures are even higher than the number that watched the premiere of the series on live TV, he added.