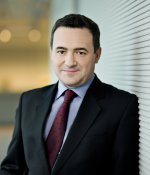 Audience fragmentation, a lack of willingness to pay due to the expectation that online video should be free, the widespread availability of pirated content, and difficulty securing rights – especially for live streaming – present significant challenges to broadcasters in markets such as Poland, according to Maciej Maciejowski, member of the management board in charge of new business developments, TVN.

Speaking at Informa’s Digital TV CEE conference in Krakow this morning, Maciejowski said that audience fragmentation was an ongoing process, with the ‘big four’ players in the Polish market progressively losing market share, first as audiences migrated to pay TV and began watching thematic channels, and latterly as OTT services gained in popularity.

“To provide big entertainment you need big budgets. From the big broadcasters’ perspective fragmentation means smaller budgets for entertainment,” he said. In order to prevent fragmentation having an adverse impact on budgets, TVN is focusing on developing OTT services around its main channel rather than thematic services, he said.

Fragmentation of the audience means that broadcasters including TVN have no choice but to develop their own OTT services.

Maciejowski said there has also been a slight decrease in the TV audience for mainstream channels as young people migrate to viewing via PCs and online. “This is the second reason we are focusing on OTT. We need to focus on this attractive audience,” he said.

Another reason for launching OTT is to provide an alternative to piracy of content, said Maciejowski. “People don’t recongnise the difference between legal and illegal sites,” he said. “Because of that we focus on advertising-based VOD. This was the best model for our operation.” About 70% of content played is free to view, he said.

Maciejowski said he was not particularly keen on giving content away for free on a purely ad-supported model, and would ideally like to build alternative paid-for business models but the challenge of piracy made it difficult.

The TVN Player is implemented on pay TV players’ set-top boxes and its library is licensed to certain VOD partners as well. Live streaming is also licensed to operators, but only for TVN’s news and business news channels. “Here we are limited by rights,” said Maciejowski. He said TVN was not particulary keen on VOD licensing but prefers to deliver content via its own TVN Player service via partners.

With one exception, all of the top 15 most popular shows on TVN Player are local productions, said Maciejowski.