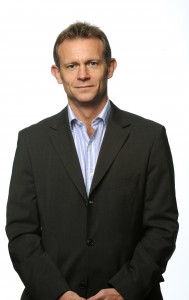 Speaking at the DTG Summit in London yesterday, Webster said both Now TV and DTH had produced growth.

“TV growth is TV growth. We don’t see a need to split them out,” he said. “We are very focused on a multi-product growth strategy. ARPU is growing and it doesn’t matter where it’s from.”

Sky recorded a modest growth of 30,000 in new TV subscribers in its latest quarterly results, with the total now standing at 10.38 million. However, it did not break out figures for its Now TV OTT service, which it launched last year and now offers Sky Movies and Sky Sports content. Some industry analysts had expected flat or negative DTH growth for the first time.

Webster said that the increased churn Sky reported in its latest results could be attributed in part to the economic downturn. “People have less money in their pocket and there is seasonality,” he said.

Webster said Sky would continue to build the Now TV offering following its addition of ‘day passes’ for the Sky Sports service. He said Sky would add channels from its entertainment portfolio later his year and added that the broadcaster was in talks with partner brands to add their services.

Webster said that Sky’s launch of connected TV services provided more flexibility to customers. He said that Sky is “taking our partner brands with us” in developing new distribution channels for content, and that Now TV will play an increasingly important part in Sky’s overall distribution story.

“Satellite distribution remains the best way to deliver high-bandwidth content to as many homes as possible,” said Webster.

However, he said, today Sky delivered its content via a hybrid model. Delivering TV through the internet not only allowed viewers to time-shift content and view it through new devices, but also allowed Sky to reach new customers segments through Now TV, he said.

Webster said that content portability would become increasingly important and could offer additional revenue opportunities. He cited the example of Sky Go Extra, the paid-for enhancement to its TV Everywhere service that enables subscribers to download content and view it offline, which now has 44,000 subscribers.