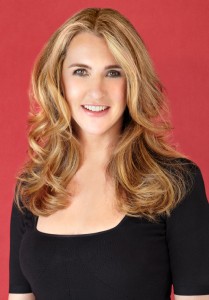 Nancy Dubuc has become just the third CEO in A+E Network’s history, with former incumbent Abbe Raven moving up to a new role as chairman.

Dubuc, previously president of entertainment and media and credited with overseeing the highest rated cable series ever in History’s Hatfields and McCoys, will also become A+E president.

She will oversee the day-to-day running of the ABC/Disney Television Group and Hearst Corporation joint venture business, which includes A&E Network, History and Lifetime among its cable channel portfolio. All its brand and business groups will report into her.

Both roles are effective June 1.

“A+E Networks is the global media powerhouse it is today because of Abbe’s leadership and vision,” said Sweeney and Swartz in a joint statement. “Abbe and Nancy have enjoyed one of the most successful partnerships in our business. Together, over the last several years, they have built some of the strongest brands in media.

Raven had been president and CEO since 2005, during which time A+E’s channels reached 350 million homes in 150 countries. She succeeded the long standing Nickolas Davatzes.

Dubuc previously oversaw content creation, brand development and marketing for the A+E channel group, plus control of all international channels. She is only the third CEO in A+E’s 29-year history.