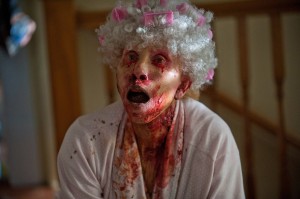 Amazon has now made its eight comedy pilots and six kids pilots available online, with viewers to decide which shows will go to series.

Amazon Studios, the online shopping giant’s production arm, made its first pilot commitment for six original comedy shows in December, and added five preschool kids to the slate in February.

The final, expanded slate of 14 pilots are available now to watch for free on the Amazon site in the US and free the Amazon-owned video-on-demand service LoveFilm in the UK.

The comedy pilots include a Sony Pictures Television adaptation of Hollywood comedy movie Zombieland and Betas, about a group of tech-savvy millennial, which comes from Michael Lehmann (Dexter) and Michael London (Sideways). Both were added to the slate in March.

In an interview with TV Guide in the US, Amazon Studios director Roy Price said the content would be online “for at least a month.”  Amazon will then go through the data and look at metrics such as how many people watched and reviewed each show, their average rating and reviews.

He added that Amazon was now developing scripts for a second round of pilots, which will also include dramas for the first time.

“I’m not sure exactly when we will order them, but there will be a future round. And the scripts we’re working on now are a little more diverse from a genre point of view. The next round we’ll have a mix of comedies and dramas,” he said.