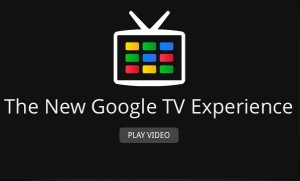 Second screen experiences on smartphones are reflecting the “increasingly sophisticated nature” of what viewers expect from their connected TVs, according to Google executive George Panayotopoulos.

Speaking at the PEVE Entertainment conference in London yesterday, the Google industry manager for entertainment sales said that the interface for interacting with TVs needed to match the capabilities of smart TVs – at a time when younger viewers are increasingly turning to smaller screens as their primary viewing experience.

“One of the things that Google TV learnt in its first outing was that even a WiFi keyboard is a very poor interface to interact with extremely rich and deep content. I think some of the devices like Xbox Glass and YouTube’s own mobile app that syncs with YouTube applications on TVs are very much a reflection of that need of the users to do increasingly complicated things,” said Panayotopoulos.

However, he added: “We are now seeing an increasing number of zero TV households, particularly among youths. So the analogy of normally a teenager having a TV in their room – that’s actually decreasing somewhat – because they have a laptop, because they have mobile devices, because they have tablets and they can access the same services through those devices. It negates the need, in some cases for them to be a TV in a room.”

Speaking on the same panel, called ‘monestising the smart living room,’ Shazam’s vice-president of advertising Miles Lewis said that it was the desire for users of its music recognition app to find out about content on TV that led the firm to focus more directly on the TV space.

“We didn’t set out to create an app that links to TV or TV advertising, it was the consumer that drove us to that position. It was two years ago and we suddenly realised an awful lot of people were Shazaming TV,” he said, claiming that “now in the US, all 160 main channels are Shazam-enabled.”

Saffron Digital’s chief commercial officer, Amelia Gammon, however, warned that there could be “a little bit of a bubble” in the hype around connected and second screen activity.

“Everybody knows that there is a function and a reason for us to offer second screen apps, but I don’t think there’s some very, very good examples of how those are being used,” she said.