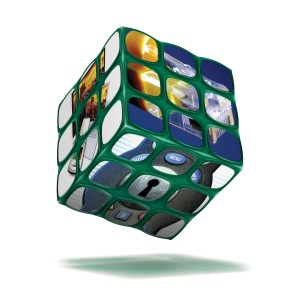 Lack of awareness of TV Everywhere services and reluctance to pay for content remain significant hurdles for the successful monetisation of such services, NAB Show attendees heard yesterday.

At a session on Multi-Network Solutions in the Real World hosted by content security provider Verimatrix, attendees were told that 86% of pay TV customers in North America have access to TV Everywhere services but only 25% of US pay TV subs are aware of such services, according to figures provided by Parks Associates.

However, 43% of consumers watched live and on-demand content on mobile phones in 2012, while by 2015, 95% of pay TV subs will have access to multiscreen services, according to Parks Associates. Tablets are meanwhile expected to become the major device for OTT video consumption, having overtaken games consoles and Blu-ray players in 2011, the research firm said.

Steve Oetegenn, cheif sales and marketing officer at Verimatrix, told the session that content owners wanted to make money from content and that meant ensuring that anyone who is viewing is actually paying. Oetegenn cited figures provided by PricewaterhouseCoopers that found that 81% of people between 18-26 said they were likely to pirate video content in the next six months. Forty per cent said they would use mobile access to try to pirate content.

Speaking at the same session, Michael Kazmier, chief technology officer, Vubiquity said that mobile video had been slower to take off in the US than in other markets because of the desire to protect the existing revenue model of pay TV distributors. Mobile video typically was therefore coming from existing pay TV operators launching TV Everywhere services. “It’s driven more by the operators and their support of the existing ecosystem. Upsetting that applecart is a risky proposition,” he said.

Julien Signes, CEO of compression specialist Envivio, also speaking in the session, said that the resolution of video content available for different screens was improving but bandwidth remained a bottleneck. He said that ‘TV without boundaries’ was costly and not profitable for operators today, content rights were not completely clear and end users did not want to pay a large premium for the service. The premium that operators could charge for multiscreen is relatively small, so monetisation trhough advertising will be key, he said. “One of the key parts of personalisation is getting better advertising that you can monetise,” said Signes. It is now possible to port internet advertising techniques to the video world and learn from the experience of the internet, he added.