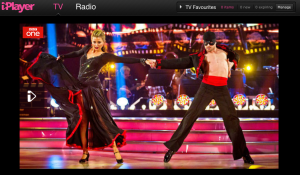 The BBC plans to expand HD on iPlayer

The BBC has plans to expand its HD output on the iPlayer following the closure of the BBC HD TV channel last week, though questions still remain over the future of its 3D experiments.

Responding to a string of criticism about replacing the BBC’s all-purpose BBC HD channel – which previously aired selected content from across all the BBC’s channels – with a simulcast HD feed of BBC2, director of BBC distribution Alix Pryde admitted the BBC aims to step up its online efforts.

“By the end of this year we hope that all programmes produced in HD will be available in HD on iPlayer, regardless of whether they have been broadcast on an HD channel,” Pride said on an official BBC blog, responding to negative comments about the transition from BBC HD to BBC2 HD.

“In the meantime, HD content on iPlayer has to have been broadcast on an HD channel, or else have been selected to be put through a separate process. There’s a limit to the number of hours of programming per week that can go through that process, but over the coming months we will be selecting those programmes carefully to try to minimise disappointment,” she added.

The response followed viewer complaints that BBC3 and BBC4 shows that were previously available in HD on the BBC HD channel would now not be available on linear TV.

The BBC HD channel was also home to the BBC’s 3D broadcast trials to date, leaving questions about how the corporation intends to broadcast 3D content in the future, or whether it intends to wind down this trial completely.
Last year the BBC heralded a “summer of 3D” that included footage from the Last Night of the Proms, Wimbledon, the Olympics and the one-off Planet Dinosaur 3D all aired on the BBC HD channel as part of a two-year 3D trial that started in 2011.

So far, the only previously-announced 3D programming still pending is a 50th anniversary special of Doctor Who that will go out later this year, and natural history series Hidden Kingdom, which is yet to get an air date, with no details about whether the 3D trial will be extended beyond 2013.

It is understood that BBC1 HD and BBC2 HD will not be used to air this yet-to-air 3D content, though a spokeswoman for the BBC said: “We are continuing to evaluate options for broadcasting 3D programmes using HD capacity, subject to regulatory and financial approval.”

Referring to the planned 3D broadcast of the Doctor Who special, the spokeswoman added: “It is our intention to broadcast it using the BBC’s HD capacity, there will be more news on this later this year,”

No further details were disclosed at this time. However, speaking at a conference last week, Andy Quested, the BBC’s chief technologist for HD and 3D reportedly said that viewing spikes for 3D broadcasts had reduced over time despite the growth of the potential audience. “We start to see that the figures are falling and that is a real worry as a public service broadcaster.  We have to justify the money. Is it a something we should leave to private broadcasters?” Quested was quoted as saying. He added: “I don’t think we will see a 3D channel launch at all on the BBC.”

Referring to the BBC’s HD iPlayer plans, a spokesman stressed that while it was looking to add more HD content to the platform, no firm internal targets had been set. “The BBC is looking at a number of different options including using iPlayer to enable audiences to continue watching BBC HD programmes from BBC3, BBC4, CBBC and CBeebies in the future. No decision has been made at present.”