Cable operators look to wireless access as next frontier 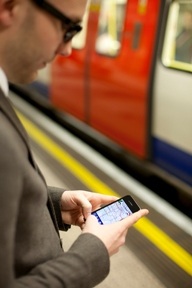 Wireless access is now emerging as the next frontier for cable operators, and operators want to tap demand from their customers for pervasive high-performance connectivity, Cable Congress attendees heard yesterday.

“We would like to create a step change in connectivity in the same way we did with fixed broadband,” said Kevin Baughan, director, metro wireless, Virgin Media Business, who was responsible for the company’s recent deployment of WiFi on the London Underground, speaking on a panel session on WiFi at Cable Congress.

Virgin Media is working with mobile operators to deploy small cell networks and WiFi networks, said Baughan. The company has put together a hosting service to work in partnership with cities to deliver small cells that can be used for mobile backhaul, which Virgin media already provides from a smaller number of access points, in addition to WiFi.

Manuel Sequeira, director of technology, ONO, speaking on the same panel session, said that his company wanted a wireless play as part of its MVNO offering. Building a radio access network was a possiblity and ONO has radio access licences in the 2.6GHz range, but has not yet decided to go ahead with this. ONO has experimented in Alicante with hotspots and the use of cable modems to deliver a public WiFi network. Sequeira said ONO had chosen Alicante for its trial because it wanted to understand if there was a market to buy WiFi vouchers from the summer tourist trade in the city.

Sequeira said ONO had tested the impact of implementing a second SSID to partition users’ cable modems, devoting part of their capacity to public access. He said that with up to 6Mbps devoted to public access, users did not notice any impact on their own WiFi experience.