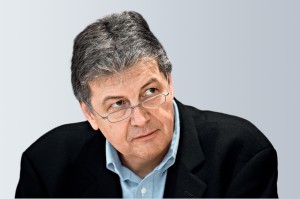 Turner Broadcasting System (TBS) announced this morning that it will reduce the headcount across its EMEA operations by 30%. TBS employs about 900 people across the region and about 250 positions will go following today’s news.

The swingeing cuts follow a review of operations by Gerhard Zeiler, (pictured) who became president of TBS International last year.

He has already announced a new organisational structure that Turner said was designed to give more operating power and accountability within the regions.

Zeiler said today: “This review required us taking some tough decisions, but they are absolutely necessary to put Turner International in the best possible position for future growth. Greater empowerment and broader accountability for local management will lead to simplified processes throughout the organisation, improved efficiency and reduced costs.”

A Turner spokesperson told DTVE sister title TBI that the company’s investment in content is not part of the review and therefore no decision has been made to reduce or increase the amount it spends on original and acquired programming across its EMEA footprint.

Turner will not share any details of where the cuts would come in terms of job titles and territories while the consultation and redundancy process continues. When the business review was announced last year, the whole of Turner’s UK staff was placed at risk of redundancy.

The company’s pledge that the cuts will not impact programming spend come after sources told TBI last year that programming staff have been reluctant to make any key decisions while uncertainty prevails about the structure of the Time Warner-owned company’s various operations, which include Cartoon Network, CNN, TCM and TNT.