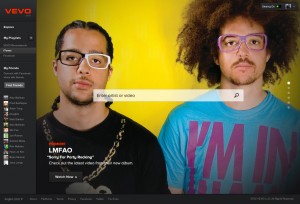 Universal and Sony-backed music video site Vevo is to launch today in France, Spain and Italy with country-specific versions of the service to launch in each territory.

At launch, Vevo will add around 50,000 music videos from artists across the three countries.

Vevo videos are already available via a YouTube channel in each of the three countries. Vevo has signed a deal with Yahoo! whereby the latter will sell advertising on its sites.

In France, where the Vevo site has been blocked until now, the service will be available on the web, on smartphones and on the iPad, with versions optimised for the mobile internet and for the Xbox to launch soon. In August about six million French internet users viewed at least one Vevo video.

Nic Jones, head of Vevo International, said that the website planned to open a local office in France soon. Vevo will also launch Lift, its programme to promote local artists and organise live events, which launched in the UK earlier this year.