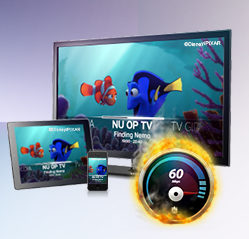 Cable giant Liberty Global has sold over 50,000 Horizon subscriptions since the September launch of its next generation platform in the Netherlands.

President and CEO Mike Fries said the company will launch Horizon TV in Switzerland later this year, followed by Ireland and Germany next year.

Announcing its third quarter results, Liberty Global added 18,000 digital cable subscribers in the period ending September 30, taking its digital penetration above 50%. The growth of Liberty Global’s digital subscriber base to 8.8 million RGUs was led by strong performances in Belgium, Poland, Germany and Switzerland.

The loss of video subscribers in some markets that has affected Liberty Global in all quarters during 2012 continued in the third quarter, with 90,000 losses reported. That compares with losses of 59,000 a year earlier. Germany suffered from video losses of 26,000, compared with 7,000 a year earlier, due to a combination of video price increases for certain single dwelling units and the loss of a housing association contract during the quarter. Additional video losses were experienced in Poland due to increased competition in the market.

Overall RGU growth in the quarter was more positive, representing Liberty Global’s second best third quarter ever. Growth was led by Germany, Belgium, Hungary and Swiss operations, which between them accounted for around 80% of total additional.

“Through September 30, we have added 1.1 million organic RGUs, including 320,000 in the third quarter, and we continue to balance our market leading bundles with selective price increases in markets like Germany and the Netherlands,” said Fries. “Our recent introduction of Horizon TV in the Dutch market was a watershed event, as we have sold more than 50,000 Horizon subscriptions and had over 125,000 unique online users since launch. Looking ahead, we expect to launch Horizon TV in Switzerland later this quarter, followed by Ireland and Germany next year.”