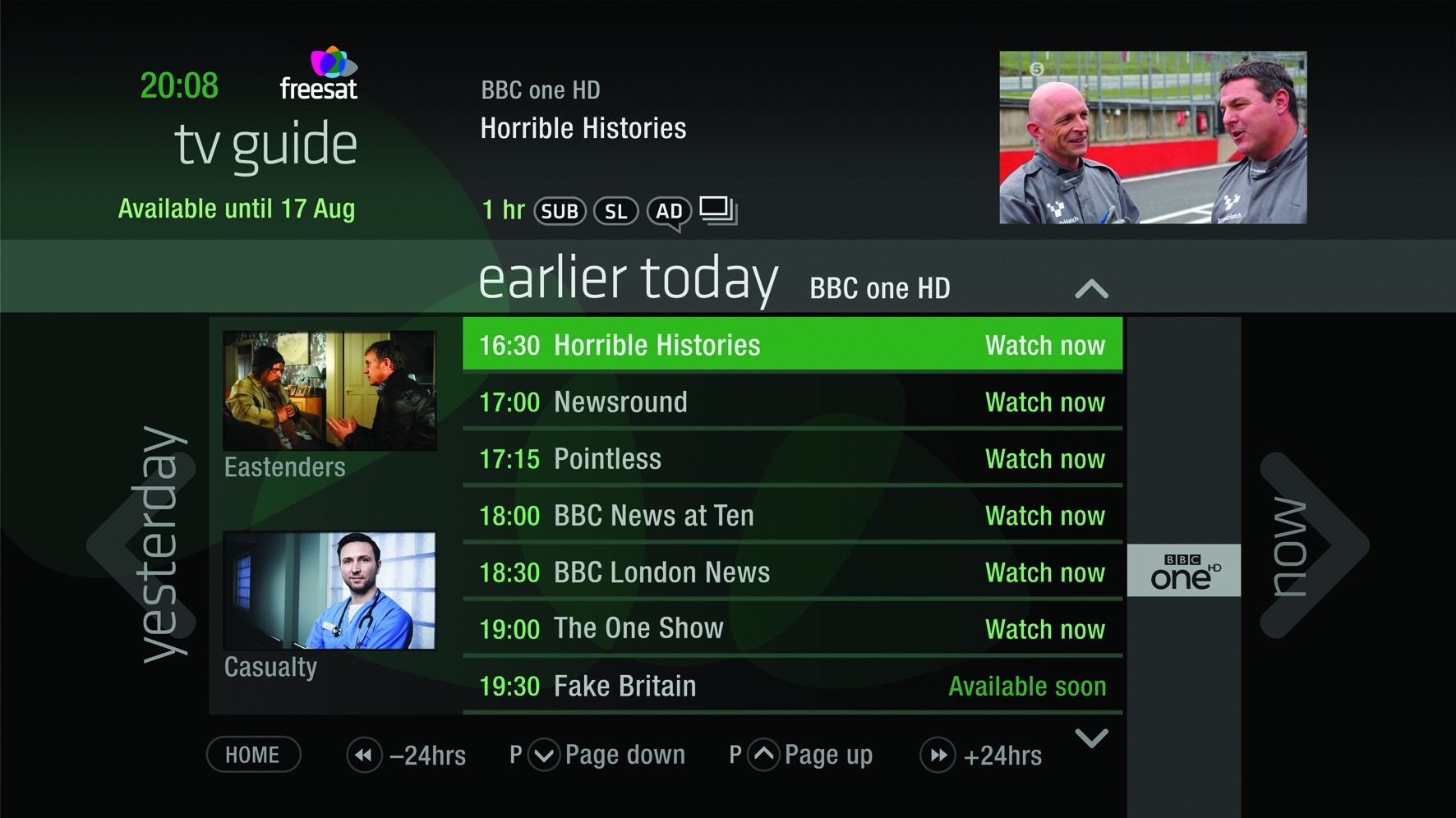 Free time from Free sat offers a backwards EPG linking to broadcaster catch-up platforms and a ‘showcase’ section offering editorialised recommendations. The service will launch on a Humax box offering 500Gb of storage for £279 (€352) at the end of the month. The announcement comes just over a month since the launch of YouView, a similar proposition that offers a mix of subscription-free, DTT-delivered Freeview channels and online services from public broadcasters and pay TV platforms, including BSkyB’s Now TV service.

Free time will offer seven-day catch-up services from the BBC and ITV at launch, with Channel 4’s 4oD and Five’s Demand 5 platforms to follow before the end of the year. Ahead of this morning’s launch, James Strickland, Freesat’s director of product and technology development, told Digital TV Europe that the platform was in talks with TV, movie and music providers about launching services on Free time but denied reports that it had already struck a deal with Netflix.

Should deals with the likes of Netflix and Lovefilm follow, it would be a blow to incumbent operator Sky, which has already lost customers to Freesat and, according to reports, is concerned that it can’t compete with Netflix on price. Strickland said Freesat would continue to target Sky’s customers with its Free time offering as well as existing Freesat customers that were looking for an upgrade path. To-date, Freesat has sold 2.6 million devices.

Freesat has developed Free time using widely adopted European open standards, including HTML5, OIPF and HbbTV, which Strickland said would make it easy for third parties to launch on the platform. “HTML5 gives us an edge. It’s a low barrier to entry for broadcast and broadband partners, and offers a gateway to people developing those kinds of services.”

The service will offer a common UI across all devices, giving a specific Free time feel to the services, unlike the existing Freesat platform that sees UIs designed by the set-top manufacturers.

A 1TB version of the Humax Freesat Plus box is on the horizon, along with devices from Sagemcom, Philips and Manhattan. Strickland said the range of Free time devices would eventually cover the spectrum from zapper boxes to Smart TVs and added that it had held “concrete discussions” with exiting TV partners Panasonic and Samsung.