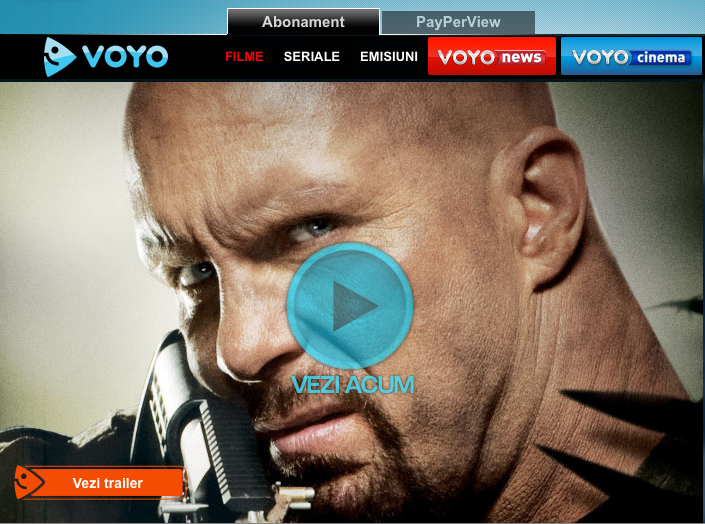 Pan-regional central and eastern European broadcaster CME’s Voyo online TV service passed the 55,000 subscriber milestone across the CEE region in March and CME is planning to increase its pay TV offering to boost take-up of the service and expand the range of devices across which the service is available, according to Robert Berza, head of internet division, CME.

“Voyo has to play in pay TV to be successful,” said Berza, speaking at Informa’s Digital TV CEE event in Prague today. The company has built a library of content that it can offer via the service, but viewers demand fresh content, and CME is looking to up its offering of new titles, including new international content, he said.

Voyo currently offers 1,000 titles overall in the Czech Republic and expects to meet this milestone in other markets, including Slovakia, soon, said Berza.

The company wants to build a pay TV window by a number of means, including offering its own content in advance of the free TV premier. Voyo has already built a two week window during which it offers a variety of shows ahead of their free-to-air screening, Berza said. “Streaming in advance is a strong driver for us,” he said. CME plans to obtain rights to more pay TV content in the near future. Berza said content deals were likely to be announced in the coming months.
Berza said that Voyo’s existing strength was however mostly based on local content and shows as well as sports. “Local is the key,” said Berza.

Berza also said that CME planned to extend Voyo to a much wider range of devices over the summer. It has already piloted a tablet application in Slovenia and is extending the service’s availability to Smart TVs and other devices.

According to Berza, Thursday is the best day in the Czech Republic for free TV and the worst for attracting usage to Voyo, while the best periods for additions to Voyo are around the weekend. Berza said this pattern showed that Voyo was complementary to free TV consumption. He said that about half a million users visited the website each month in the Czech Republic and average viewing time was about 10 hours a month.

CME now offers transactional and subscription VOD only on Voyo, with advertising services restricted to its other sites. The service offers linear channels as well as on-demand services. CME recently rolled out a Voyo Cinema channel and has started allowing users to ‘start over’ movies that have already begun airing on the linear channel. Berza said that one of CME’s aims was to create ‘vieusers’ who will pay for services and make use of Voyo’s advanced features.

Berza said that CME had a significant advantage across the region because it is a market leader in free TV, owning 42% of the primetime audience in the Czech Republic, for example. “We produce the best local content which is relevant for OTT services,” he said. The company already had a strong online presence in the Czech Republic and Berza said it is trying to integrate Voyo successfully with its existing online products. It offers catch-up TV of its own content and is trying to extend this to third-party content, he said.