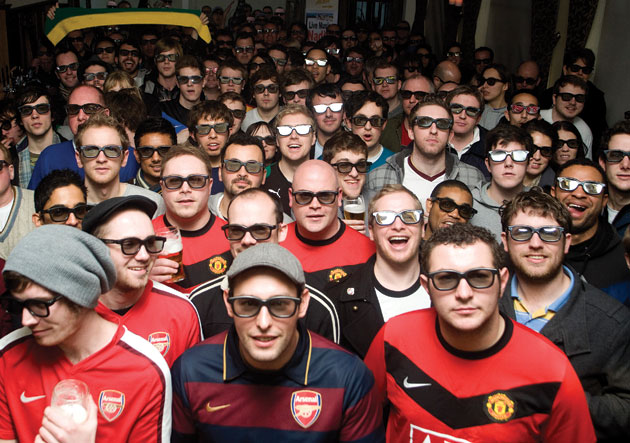 BT will launch a new interactive sports channel to carry the live English Premier League (EPL) matches that it has won the rights to.

The UK telco beat competition from current rights holder ESPN to secure two packages of rights for the 2013/14 to 2015/16 seasons. BSkyB retained the rights to its five packages, the EPL announced yesterday.

BT will pay £246 million (€303 million) per season for a total of 38 matches, to be shown on Saturdays and midweek evenings. Soon after the Premier League announced the results of the bidding process, BT revealed plans for a new sports channel that will take advantage of its high-speed fibre network to deliver “new interactive features” to BT Vision customers.  Ian Livingston, BT’s chief executive, said, “We are pleased to have won these rights and to have secured around half of the best games on offer each season. We look forward to offering football fans real value and great quality using the latest technology.

“BT is already investing £2.5bn in fibre broadband. Securing Premier League rights fits naturally with this, as consumers increasingly want to buy their broadband and entertainment services from a single provider.”

Sky will pay £760 million per year for three seasons starting in August 2013 for its five rights packages. It will show a total of 116 matches each season. Sky has been awarded live rights across all platforms, including satellite, cable, IPTV, online and mobile.

“In what was a very competitive tender process, we are pleased to have secured the combination of rights that we wanted, providing certainty for us and our customers. Whilst the cost is higher, we have capacity for this increase through the combination of excellent work on cost efficiency across the business and choices over other future spending. As a result, we remain confident of delivering our financial plans, in line with our expectations, unchanged, in each year of the new deal,” Jeremy Darroch, Sky’s Chief Executive, said.